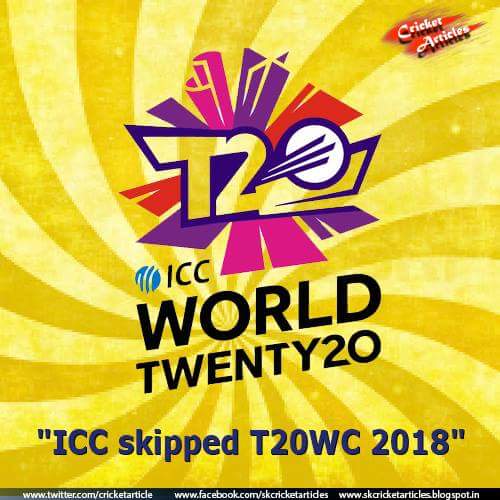 Before the Final of ICC Champions Trophy ICC announces that T20WC 2018 scraped and the next T20WC will be played in 2020. Still, the venue for 2020 T20WC not yet decided but it might be Australia or South Africa.

So the next ICC tournament will be World Cup 2019 in England.